You are here: Home / Mystery / Review of Woof at the Door by Laura Morrigan 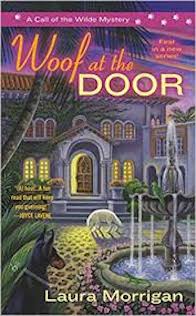