You are here: Home / Novels Sixteen-year-old Nick Michelson has been seeing strange things lately, things he can’t explain. So when his uncle tells him that some of the men in his family can see ghosts, Nick freaks out and decides he’s going to ignore the spirits.  But as he will soon learn, that’s easier said than done — especially once he encounters James Pearce, an angry spirit hell-bent on finding out who killed him. Reluctantly, Nick agrees to help. So with the help of his Tarot cards and his new mentor Katrina, Nick embarks on a journey to help solve the mystery surrounding James’s death.  But once word gets around about Nick’s ability, there’s more than one ghost vying for his attention. Just a few short weeks ago, sixteen-year-old Nick Michelson discovered that he was a psychic medium destined to help restless spirits cross over to where they belong.  One evening while working after-hours at his high school, an especially frightening ghost of a bloody soldier appears to Nick and attacks him. Nick sets out on a quest to learn who the ghost is and why he is haunting Nick’s high school.  Using his deck of tarot cards as a tool, he gradually begins to unravel the mystery surrounding the ghost’s death.

Meanwhile, Nick is experiencing disturbing dreams and visions during which he witnesses, through the eyes of a killer, the brutal mass murder of several of his classmates at his high school. As Nick gets drawn deeper and deeper into a web of mysteries surrounding his nightmares and the ghost of the soldier, he begins to suspect that the two are related — and that the horrific scene from his nightmares is actually a premonition of events that may — or will — come to pass.

Nick must solve the riddle of his enigmatic premonitions and race against time to somehow prevent an unknown killer from shooting up his school — and not become the shooter’s first victim in the process.

At the beach the next day, a strange girl runs up to Nick and asks him to help her before she is brusquely escorted away by her group leader.  After she leaves, the same ghost from the previous night appears before Nick, claims her daughter is innocent and begs Nick to help her.  She then vanishes.

Nick later discovers that the ghost’s daughter is accused of her mother’s brutal murder and is locked up at a psychiatric facility awaiting to be tried as an adult. After visiting the young girl at the facility, he reluctantly decides to help prove her innocence.

But why was the ghost at the magic show? And how is the magician tied to the murder of an innocent woman?

As Nick becomes more involved with the girl and her ghostly mother, things only get stranger in the coming days — and more dangerous for him, the magician and the magician’s son. When an attempt is made on Nick’s life, he vows to step away from the situation. But the ghost – and the murderer – aren’t so quick to let Nick get away. 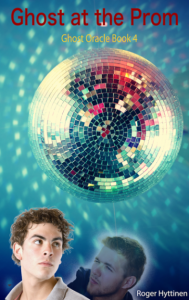 At the high school prom, sixteen-year-old psychic medium Nick Michelson notices a frightening ghost who seems to be haunting a boy from another school. The spirit threatens Nick and warns Nick not to come near him or the boy again.

Nick does a little investigating and discovers that the boy, whose name is Tyler, lost his boyfriend in a drowning accident a year ago. Now Tyler is overcome by grief and apparently is also being haunted by his dead boyfriend.

Nick decides to try to help the two of them and, in the process, uncovers several secrets surrounding the ghost’s untimely demise.

Meanwhile, the Shadow Demon has come to Gallowspine Mountains and has made itself known to Nick. The question is, why? 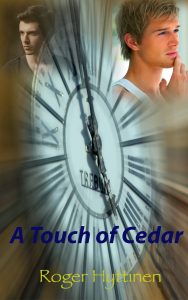 A Touch of Cedar

Blurb: When Marek and Randy purchased an old house in the hopes that it would help heal their troubled relationship, neither one suspected that their lives were about to change in ways they couldn’t possibly imagine. They didn’t know their house was haunted.

Swept back in time to the year 1870 by an old suit that Marek finds in the attic, he finds himself torn between the love of two men:  Eli, who was murdered by his own brother four days after Marek’s first visit — and Randy, his own adulterous lover in the present.  Caught in the web of a one-hundred forty-year-old murder, Marek vows to return to 1870 to stop Eli’s murder. But time is running out.  Will he succeed?  And if he does, will he stay in 1870 or return to his own time — and to his own lover who is waiting for him in the present? 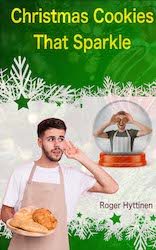 Purchase from these fine retailers:
Amazon (Free with Kindle Unlimited)

Matthew McDade is coming home for Christmas four years after running away from home. He’s been estranged from his family that entire time but is finally willing to make amends with his parents for how they treated him after he came out.

But Matt is not willing to make amends with Rory Ingleby, the boy who callously broke his heart. Ever. That, according to Matthew, is one bridge that cannot ever be mended.

However, the universe has other plans for Matthew and Rory. A not-so-unplanned encounter at his parents’ masquerade party throws Rory once again into Matthew’s life, along with some help from Matthew’s matchmaking parents and a mysterious old woman. But can Matthew ever forgive Rory for what he did? Or will they both be able to mend their hearts and get their Christmas miracle?

In addition to fiction, I also write computer training manuals and software manuals to help users get up to speed quickly with whatever software they’re using.  My “Up To Speed” guides are available in ebook format from Amazon, Apple iBooks, Kobo and Barnes and Noble.  If you’re a PDF type of person, the PCM Courseware site carries them in PDF format. 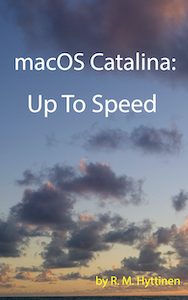 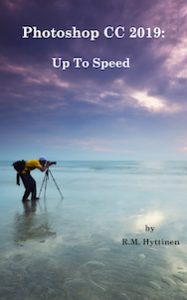 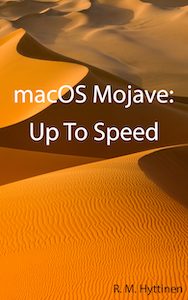 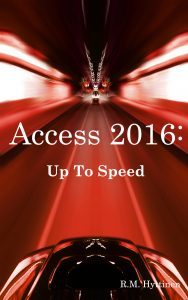