You are here: Home / Archives for Man Booker Finalists 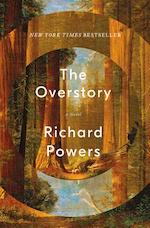 This was another long list finalist for the 2018 Man Booker awards, and the premise of the book really grabbed me, so I took a gamble. And I’m glad I did.

The Overstory starts by introducing us to a variety of everyday people, nine of them, each with their own separate story and all of whom have a connection to trees (though they may not be aware of it). We have a scientist who studies trees, a young Chinese woman whose father leaves behind a curious heirloom, a young computer genius, a Vietnam vet, a young woman who dies and comes back to life with a renewed purpose, an artist who inherits a multi-generational tree photography project and others.

At first, it seems like this is a book of unrelated short stories, which kind of surprised me given that the Man Booker, as of this time, does not allow for short story collections. But once we meet everyone in the first part of the book, we then see how they are or will become linked by their connection to trees and in the process, their lives will be changed forever.

This was such an interesting approach to storytelling — linking a group of disparate characters via trees and through this link, telling a remarkable and unforgettable story of the relationship between trees and humans. And along the way, we as the reader learn some pretty amazing facts about trees, data that have only recently been confirmed by scientists. I recall reading about one of the findings outlined in this book several years ago and found it utterly amazing. Yes, I’m an old tree hugger from way back.

The Overstory paints a vivid picture of the effects of humans on the planet and what that might mean for our future. Through our nine characters and the poetry of Powers’ writing, we dive deep into the old ancient forests, the lives of individual trees, our connection to the trees and the forests, and the connection of trees to each other and the entire planet.

There are a plethora of themes to this book: life, death, connection to the world around us, people fighting for what’s right, greed, tragedy, our place in the natural world and hope. After reading this book, I can say that I’ll never look at trees the same way again and in this way, it’s sort of a wake-up call — a call urging us to try and see life from a different perspective to back the balance.

The Overstory is not a book with a fairy tale ending; in fact, it will break your heart. But it’s not entirely without hope either. The Overstory will make you angry at times and is a story that will stay in your mind for a long time after having closed the book. It has for me, and I don’t think I’ll forget it anytime soon.

Though it was at times a difficult book to read, it was also one of the most beautifully written books that I’ve read in a long time: lyrical, poetic, moving and enlightening with the potential to be life-altering.

Hell, it might even make you want to run out and a hug a tree afterward. All in all, a powerful thought-provoking story that I ended up loving.

Purchase The Overstory at Amazon

Purchase the Overstory at The Book Depository 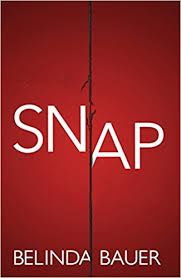 “Sometimes you have to bend the rules to get your man.” John Marvel

This book is on the Man Booker long list so I thought I’d give it a go, especially since it created a bit of controversy, being, I believe, the first crime thriller to ever make the Man Book finalist.

How It All Begins

So picture it – 1998. It’s a blisteringly hot summer’s day Eileen Bright’s car breaks down on the highway leaving her and her three children stranded. Eileen decides to leave the car and go in search of an emergency telephone and instructs the children that they are to stay in the card.

After waiting and waiting and waiting, the children leave the vehicle in search of their mother. Finally, coming upon the emergency phone, they notice the receiver dangling loosely from the phone box. Soon thereafter, a car stops and a policeman approached the kids.

But Eileen Bright never returns, and several days later, her body was found off the road, stabbed to death, with an unusual looking bloodstained knife discovered nearby. The case was never solved.

But things get even worse for the kids when their father, unable to bear his grief any longer, “goes out for milk” and never returns, abandoning his children.

Fast forward three years to 2001. The children are living alone pretending that their father is still at home, so they don’t get taken into the social services system. The children mislead their neighbors into believing that Mr. Bright is often away for days at a time working.

So having to fend for themselves, Jack, who’s exceptionally resourceful, is taught the art of burglary and ends up being quite adept at breaking and entering, stealing food for family survival. He’s doing his best to provide for his siblings, but it’s not an easy life for any of them.

Jack starts to think more about his mother’s death, and he is filled with rage at the fact that his mother’s murderer was never caught. All he wants is justice for his mom. Then one night while cat burglarizing a house, he finds a clue, and Jack’s life begins to change.

Meanwhile across town, heavily pregnant Catherine wakes up to a noise in her house. Her husband Adam is out of town on business, so she is alone and a very scared. She calls down the stairs, threatening and shouting at the burglar who then flees.

When she returns to her bedroom, she finds a knife threatening note beside her bed that reads, “I could have killed you.” Strangely enough, instead of calling the police, she hides the knife and decides to do nothing.

We then get introduced to a third plot-line in which the police have over a hundred of unsolved burglaries on their books at the hands of a burglar, nicknamed “Goldilocks” because he only comes when the homeowners are away and not only does he steal, but he sleeps in their beds, eats their food, takes a bath and basically makes himself at home.

Bringing it all together

We then learn how these three storylines are related, though it takes a while for these plot threads in the book to converge. But when they do, the tension escalates as long-buried secrets come to light.

In my opinion, Jack’s character really made this story. Here we have a 14-year-old boy thrust into a parent role without the necessary resources that an adult has access to.

Thus, he has to come up with creative ways to support his siblings. His emotions as he struggled with the burden of putting food on the table and protecting his sisters all the while struggling with his anger and grief was heart-wrenching at times and made for an intense reading experience.

I also really admired the way that even though only a child himself, stepped up to the plate and did whatever he had to do to survive, even though most of it was outside of the law.

Lack of Twists and Turns

I enjoyed how the story was told from several different character’s perspectives, and it really worked in this story. But what I found interesting — especially in a crime thriller — was how the author doesn’t rely on twists and turns to keep the reader interested and move the story forward.

In fact, I figured out who the murderer was before even halfway through the book, and I figured that I was probably wrong and expected a huge twist. I wasn’t wrong, and there wasn’t a huge, shocking twist.

Not Really a “Whodunnit”

It then struck me later on that this story wasn’t about figuring out “who done it” but rather the actual mystery was about how Jack, along with the detectives, find a way to link the suspected killer to Eileen Bright’s murder and pull up enough proof for an arrest and conviction.

Not that’s not to say there weren’t surprises because there were a couple of surprising reveals along the way. There were just no major shockers or plot twists that we often see in this genre.

What especially struck me about this books was the vividness of place as well as the characters. I could feel the sweltering heat as the children walked along the highway in search of their mother. The author really had a knack for creating vibrant and evocative settings and realistic, passionate and memorable characters that leaped off the page.

Snap was a clever and engaging story that I ended up loving. It’s a multi-layered, meticulously plotted tale filled with quirky, original characters and a gripping plot – and at the center of it all, is a family all by destroyed by the pain of one crushing, vicious act.

This story drew me in immediately and after I figured out that it was in fact, not a “whodunnit” story, relaxed and enjoyed the ride.

Snap was a strong character-driven story about senseless loss, grief, violence, courage, heartbreak, and betrayal, but also about hope, survival, kindness and the love of family.

Oh, and there was also the theme of snap decisions which ran throughout the story — and how such hastily made decisions can ultimately change the course of our entire lives in a single moment.

Though Snap was a slow-burner and wasn’t filled with one action-packed scene after another, it kept me turning the page, mainly because of the realistic and relatable characters, with tension building slowing and steadily throughout the story. Additionally, it painted a vivid portrait of how characters manage to cope even in the most nightmarish of situations.

Now would I say this is a prize-worthy story at the Man Booker Prize level? I don’t really think so. Though the story is engaging, well-structured and undoubtedly worthy of a read, I’ve read far more exciting and thrilling crime novels than this one. I’ll be curious to see if it makes the shortlist. But regardless, I’m glad I read Snap. It was an enjoyable, satisfying read and ended up giving it 4.5 stars.

You can check out Snap here at Amazon or at The Book Depository.