You are here: Home / Archives for YA Paranormal 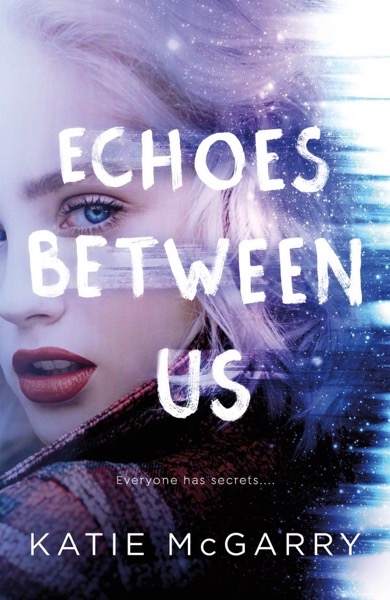 Because of the blurb, I went into this thinking that it was going to be a YA paranormal, given that it follows our main character Veronica who has the ability to see ghosts, specifically the spirit of her recently deceased mom. But I’d classify Echoes Between Us more as a hard-hitting contemporary romance as the paranormal aspect of the story is secondary to the other themes.

Now a good portion of Veronica’s life is consumed by a well-kept secret: she has a brain tumor – the same kind that killed her mom – whose symptoms include crippling migraines. She lives her life with the knowledge that her time on the planet is quickly running out.
But when Veronica ends up working on a school project with Sawyer, the super-popular golden boy/swim team jock at her school, her life completely changes. She discovers that there’s a lot more to Sawyer than first meets the eye. He quite a troubled boy, and because of his dyslexia, he struggles with maintaining his grades, and his family life is unraveling quickly. Moreover, he has resorted to a coping mechanism that could prove deadly for him.

It’s also worth mentioning that the project that Veronica and Sawyer are working on is to prove, through hands-on experience and research, that ghosts exist. So when this unlikely pair comes together, they end up questioning their stereotypes, and both end up learning and growing in the process. They each also have to make some extremely difficult decisions about their present life and their future. And of course, they fall in love.

What I enjoyed about this book is how it alternated between the POV of Veronica and Sawyer, so we got to see what was going on in each of their heads and where each of them was coming from. Additionally, most of Sawyer’s chapters include snippets from a diary written in the early 1900s by a girl named Evelyn, who had Tuberculosis and was hospitalized in a TB sanatorium (the quotes are actually from a real-life diary, which added an extra-special aspect to the story). I also enjoyed the enemies-to-lovers element of the story, one of my favorite tropes, which was exceptionally well done here and felt that Sawyer and Veronica fit together perfectly, with each of them complementing the other.

The characters, especially our two main ones, are so well-written and so realistic that they practically jump from the page, and I couldn’t help but become immediately attached to the both of them. I loved Veronica. She’s strong, brave, resilient, and feisty, and I adored how she lived life on her own terms and to hell what anyone else thought of her. Sawyer is also an admirable character who is also strong, complex, resilient, and confused – and someone who has to make some tough choices regarding his family. They both have to deal with some pretty intense and serious emotional issues.

This ended up being quite a hard-hitting but empowering story. Addiction is a huge theme in this story where Sawyer is addicted to dangerous adrenaline rushes, and his mother is an alcoholic. What I liked was how the novel approached this theme in a non-judgmental and positive manner.

The novel also dealt with several other sensitive topics such as death, enablers, grief, terminal illness, mental illness, depression, alcoholism, the pressure to be always perfect, bullying, dysfunctional families, acceptance, and love. So what I thought was going to be a fluffy ghost story ended up being an intense emotional journey.

Echoes Between Us is such a multi-layered story with several different storylines and moving parts, all of which blend together beautifully. And the ghost hunting aspect of the story is a lot of fun and adds a compelling additional element to the narrative.

This book wrecked me in the best and most unexpected ways. It’s a sucker-punch of a story that blew me away. It’s emotional, sobering, and profound, and I enjoyed every single moment. From start to finish, this endearing story held me in rapt attention, and I would definitely read more by this author.

Purchase Echoes Between Us from The Book Depository

Purchase Echoes Between Us from Amazon