You are here: Home / Suspense/Thriller / Review of When the Stars Go Dark by Paula McLain 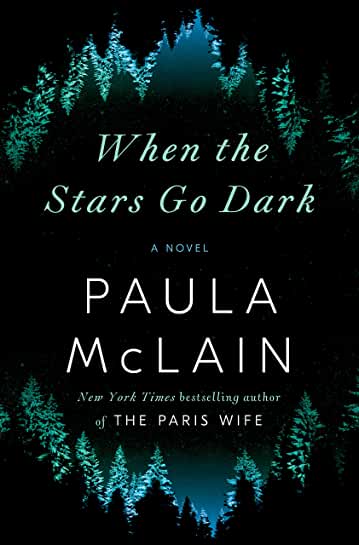 A detective hiding away from the world. A series of disappearances that reach into her past. Can solving them help her heal?

Anna Hart is a seasoned missing persons detective in San Francisco with far too much knowledge of the darkest side of human nature. When overwhelming tragedy strikes her personal life, Anna, desperate and numb, flees to the Northern California village of Mendocino to grieve. She lived there as a child with her beloved foster parents, and now she believes it might be the only place left for her. Yet the day she arrives, she learns a local teenage girl has gone missing. The crime feels frighteningly reminiscent of the most crucial time in Anna’s childhood, when the unsolved murder of a young girl touched Mendocino and changed the community forever. As past and present collide, Anna realizes that she has been led to this moment. The most difficult lessons of her life have given her insight into how victims come into contact with violent predators. As Anna becomes obsessed with the missing girl, she must accept that true courage means getting out of her own way and learning to let others in.

Weaving together actual cases of missing persons, trauma theory, and a hint of the metaphysical, this propulsive and deeply affecting novel tells a story of fate, necessary redemption, and what it takes, when the worst happens, to reclaim our lives–and our faith in one another.

Set in the early 1990s, “When the Stars Go Dark” follows Anna Hart, an emotionally damaged detective specializing in searching for and finding missing children. After a horrendous tragedy in her life, Anna escapes to her hometown of Mendocino to try and figure out her next move and find herself. Once there, however, she’s asked by an old friend who is now the Sheriff to assist in the case of a missing 15-year-old girl named Cameron. Alternating between the past and present, Anna not only uncovers similar disappearances in other nearby towns but also unearths information about a missing child case that occurred while she lived in Mendocino years ago. One of the cases that comes to light is the kidnapping case of Polly Klaas, a true-life event that occurred during this time period. I thought this historical true-crime element added extra intrigue to the narrative.

As the case progresses, Anna also dredges up secrets about her own past and personal life. I loved how Anna’s poignant backstory was revealed a little at a time. resulting in a compelling character-driven story. We get to see first-hand the heartache Anna carries from her childhood as well as that from her recent life. We also see how Anna’s family life suffered due to her obsessive drive to solve her assigned cases.

Though this is undoubtedly a gritty and gripping mystery with many unexpected twists and turns, it also illustrates the extent of how trauma can affect someone’s life. So at its core, the story is about trauma, vulnerability, opening up, and resilience. Because of its dark subject matter — the kidnapping, abuse, and murder of children — the book is heartbreaking and tough to read. I knew this subject will be a gut puncher- but was woefully ill-prepared for how much. It kinda destroyed me for a few days, truth be told.

But at the end of the day, what we do get is a complex, utterly addictive character-driven thriller about tragedy and grief, but also about redemption and growth. I was captivated right to the end by the lyrical, superlative writing. Definitely recommended for those that love their thrillers peppered with a bit of true crime.

Purchase “When The Stars Go Dark” on Amazon