You are here: Home / Suspense/Thriller / Review of The Stowaway by James Murray and Darren Wearmouth 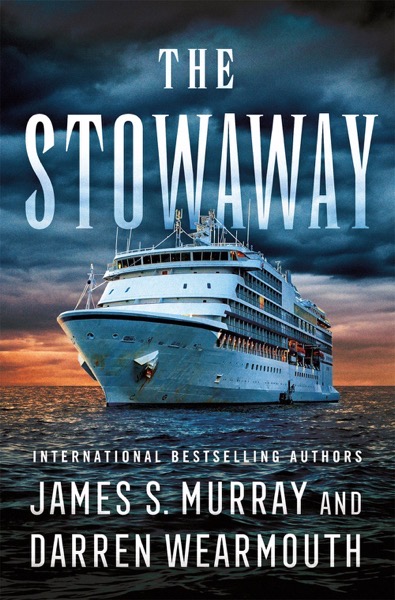 I always enjoy thrillers where the action takes place in situations where people are trapped, such as at a resort during a blizzard or a cruise ship, and this one was no exception. Our main character, a university professor named Marian Fontana, was a juror who cast the deciding vote on whether alleged child serial killer Wyatt Butler should go free. Unfortunately, she ended up being harassed and vilified by the public because of her decision.

Now Maria, her husband, and two daughters are enjoying a two-week family cruise. But when murders similar to the Butler case begin occurring on the ship, the crew looks to Maria’s intimate knowledge of the case for help. So the reader then has to decide whether she and the jurors on the ship released a serial killer back into society or whether there is a copycat killer on board.

The novel ended up being much more chilling and darker than I’d initially thought it’d be. It was also shockingly graphic in places (so sensitive readers be warned). I could feel the terror as the tension in the story escalated and the ticking clock began. The suspense was intense as the body count began piling up on the ship, and Maria drew closer to guessing the killer’s identity. The intrigue starts immediately after the gruesome murder of the first victim once it was discovered that he was not listed on the ship’s manifest. A stowaway? Or did the killer bring him on board?

I ended up enjoying this immersive, fast-paced ocean thriller. The nail-biting plotline and the unrelenting pace made this a real page-turner for me. I enjoyed the numerous twists, turns & red herrings and the big surprise at the end was a jaw-dropper. That being said, I found the conclusion utter satisfying. Additionally, Maria is a strong, willful, authentic character, and I found myself rooting for her all the way to the end. The Stowaway unwinds in such unbelievable, unbearable suspense that I could not put it down until the final page.

Purchase The Stowaway from Amazon