You are here: Home / Mystery/Suspense / Review of The Lovely and the Lost by Jennifer Lynn Barnes 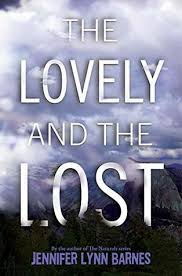 This novel follows a young woman named Kira Bennett, who was found by Cady Bennett and her search and rescue dogs out in the woods. Apparently, Kira had been living alone and wild in the woods but for how long and why, nobody knows. Kira remembers bits and pieces of her life in the forest but has no memories of before that time.

Kira is adopted by the Bennett family and learns the family business: Search-and-Rescue. Working alongside Cady, Cady’s son Jude and their neighbor Free, Kira trains search-and-rescue dogs and she hopes to perform rescues herself eventually. It’s worth mentioning that Kira has a difficult time connecting with people, does not like making eye contact or being touched and her “wild” side often overtakes her. She’s definitely more comfortable with dogs than with people.

Soon, Kira and the others kids find themselves involved in a real live search and rescue when Cady’s estranged father finds her and asks for her help in locating a little girl who disappeared in Sierra Glades National Park. Kira soon becomes obsessed with the case, having been in the same situation herself — being lost in the wild, alone.

As they search for the girl, several strange events occur leading everyone to discover that there is a lot more to this case than a straightforward child lost in the woods and danger soon mounts for those involved. Moreover, the case has triggered old memories for Kira — chilling memories — which begin to overwhelm her. Then, secrets about Kira’s true nature, the Bennett family and about what happened to her come to light causing her to confront some painful truths.

What I found especially fun about this story were the layers upon layers of mysteries that the story presented: there’s the mystery of Kira’s past and her real family; the mystery of who Jude’s real father is; the mystery of the animosity between Cady and her father; the mystery of Gabriel, the strange boy living with Cady’s father; and of course, the mystery of the lost girl. Just about everyone is hiding something. Though there’s a lot going on here, the plot is well-thought out, easy to follow and downright compelling as it’s a suspenseful story with plenty of twisty surprises.

I also loved the inclusion of the dogs in this story and how integral they were to the plot line. The strong bond between the teens and their canines was heartwarming. I enjoyed learning about rescue dogs and their training and thought that this added a rich element to the story.

But mostly, this book was a heartfelt exploration of family in all of its forms, whether it be human or canine and teaches that a family created out of love can often be just as strong as a family formed by blood.

All in all, I thought the Lovely and the Lost was wildly entertaining with relentless pacing, richly developed and empathetic characters, and a satisfying conclusion rendered this an undeniable page-turner.

Many thanks to NetGalley and the publisher Freeform for the advanced reader copy in return for an honest review!

Purchase The Lovely and the Lost at Amazon