You are here: Home / Mystery/Suspense / Review of The Cottage by Lisa Stone 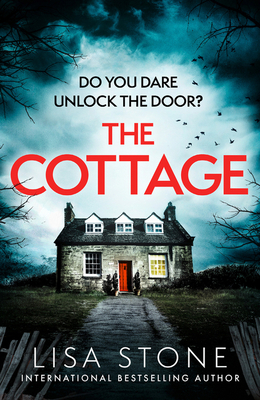 After losing her job and boyfriend, Jan Hamlin is in desperate need of a fresh start. So she jumps at the chance to rent a secluded cottage on the edge of Coleshaw Woods.

A tap at the window…

Very quickly though, things take a dark turn. At night, Jan hears strange noises, and faint taps at the window. Something, or someone, is out there.

A forest that hides many secrets…

Jan refuses to be scared off. But whoever is outside isn’t going away, and it soon becomes clear that the nightmare is only just beginning…

The Cottage was quite an unusual book and not at all what I expected. It follows a woman named Jan Hamilin, who has just lost her job and broken up with her boyfriend. She decides to rent an isolated cottage in the woods for six months, giving herself a chance to regroup. However, when strange things start to happen (such as odd noises, glimpses of creatures who only come out at night, and random items appearing on her doorstep), she begins to wonder whether it was such a good idea, after all, to be out in the woods all by herself. The tension in the story really amps up when the events escalate.

What’s interesting about this novel is that the narrative alternates back and forth between Jan’s adventures in the woods and that of a devastated couple desperate to start a family whose recent child was a stillbirth. This was the second child that they’d lost that way, which leads to an investigation by the husband, Ian, with some startling results. There are indeed some deep, dark, dangerous secrets to be uncovered. Via the alternating points of view, the author gets us not only into the heads of her characters but also into their hearts.

These two seemingly unrelated stories then begin to connect in an interesting and disturbing way, resulting in quite a jaw-dropping revelation. At this point, the book gets super creepy, especially as the two stories start to come together, and I was hooked. What I especially enjoyed about this unsettling story was that it turned out to be a completely different type of book than I thought it’d be. Though the premise was compelling and gripping, there was a definite “eeeewwww” factor to it, especially once we learn in the afterward that the story is based on actual events.

That being said, the story deals with some heavy themes and topics, which I won’t mention so as not to give anything away. Let’s just say that though creepy, I found the story surprising, somewhat shocking, but ultimately enjoyable. There’s an ominous undercurrent of foreboding running beneath this unsettling tale, and it’s one of those books that once you start, you just have to keep on reading no matter how late it is… I couldn’t turn the pages fast enough.

Purchase The Cottage from Amazon