You are here: Home / Non-Fiction / Review of Permanent Record by Edward Snowden 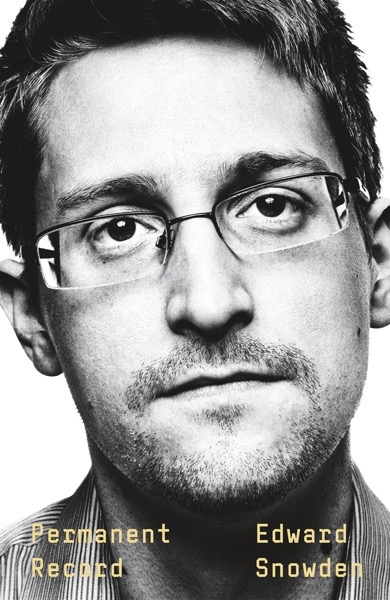 It’s actually kind of funny how I stumbled on this book. I was searching my library database for another book with the same title — Permanent Record — and when this one popped up, I requested it straight away. I had heard quite a bit of conversation surrounding this book, so I was eager to delve into it.

Now I realize that some people regard Edward Snowden — one of the most infamous whistleblowers of our time — as a hero, whereas others consider him a traitor. Still, regardless of your stance on Mr. Snowden, his story is fascinating. So Ed Snowden is the person who risked everything to expose the US Government’s enormous system of secret mass surveillance that has the ability to pry into the private lives — including every single text message, phone call, GPS whereabouts, and email — of every single person on earth.

So in Permanent Record, Mr. Snowden tells his story, including his part in building this surveillance system as well as what prompted him to expose it to the public. We also learned about the events leading up to his current exile in Moscow.

I loved the story of his beginnings as a low-level IT working and was amazed at how much his path paralleled my own (I also ran a BBS back on the ’90s and was so excited when I got my blazing fast 2400 baud modem (which means it was capable of transferring a maximum of 2400 bits of data per second. My first modem was 300 baud).

Now there are some parts of the book — especially in the beginning — that may seem overly technical for someone without an IT background. But it’s worth it to stick with the book because his story ends up to be utterly engrossing and quite readable (or at least I thought so).

It was riveting to get the inside scoop from someone who worked in these massive surveillance data centers and to watch the months of careful and meticulous preparation he took before arriving at the day where he let the cat out of the bag.

I also loved the fact that he delves into the subject of how we can protect our privacy — or at least limit the amount of data collected on us. This kind of reminded me of another book entitled “The Art of Invisibility” by Kevin Mitnik, which I consider an essential book for anyone wishing to protect themselves and their privacy while online.

Mr. Snowden also provides a compelling and important response to the all too common reaction of, “I don’t care about privacy. I have nothing to hide.” He clearly illustrates why we should care about our privacy and what it could mean for us if we don’t.

This book touched upon so many different themes: corporate surveillance, government surveillance, our freedom, the role of national security, the role of the press, the NSA, and whistleblowing. So yes, I ended up loving this book, and though I hate to use a cliched term, I do feel that this is an important book for our contemporary society — and not only for those living in the US.

I always find it difficult to rate non-fiction books, especially memoirs, but to me, this one for me is deserving of 5 stars.