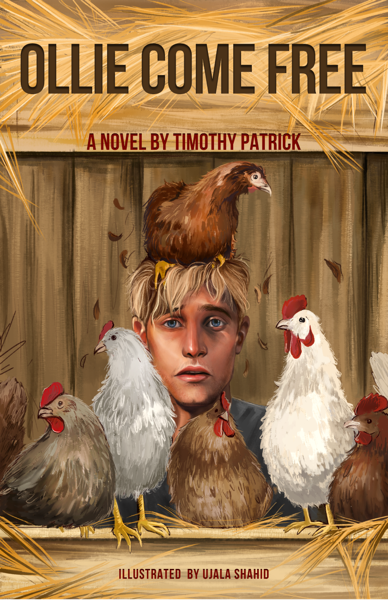 This story follows a young boy named Ollie Buckmeyer who lives on a cattle ranch with his parents, Bob and Cathy, and his older brother Cody. His life is perfect until the day that he suffers an accident on the ball field, resulting in a severe brain injury. Afterward, he is no longer the same. His bubbly personality is gone. His family and his girlfriend no longer recognize him as the person he was prior to the accident.

But though the accident did take away his personality, it left something remarkable in its place: an incredible new ability. Once his family discovers Ollie’s unique talent, they work with him to help him rebuild his life into something different….something new. There is, however, someone who does not have Ollie’s best interests at heart resulting in a devastating betrayal to the family.

In addition to the main plotline following Ollie and his recovery, there are also several tantalizing subplots:

I loved how the hidden secrets unfold as the story progresses.

I thought this was such a beautiful and moving family journey that explores jealousy, redemption, heartbreak, loss, tragedy, love, and betrayal. Though there are several serious topics (including murder), the story ends up being tender, optimistic, and poignant.

The plot is so beautifully written that even the most difficult parts to read kept the spark of hope and light, which made the whole story so emotional and enjoyable. This was a sweet, comforting story with just the right amount of angst and a whole lot of love that examines: what it means to live a life and what it means to love.

Alongside this engaging and unconventional story, the author also gives us an incredible cast of characters, and I enjoyed getting to know each of them. The author creates characters who are complex, compelling, and three-dimensional and made me care about every single one of them.

All in all, Ollie Come Free is a lovely, moving story brimming with personality that really packs a punch.

Ollie Come Free will be released on June 7th but is available now for preorder.