You are here: Home / Science Fiction / Review of Dark Matter by Blake Crouch 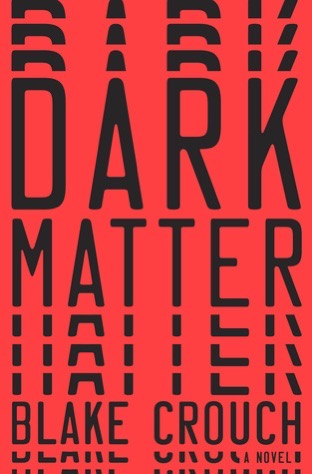 I recently read and loved “Recursion” by Blake Crouch, so I immediately wanted to read some of his other work, and I heard some great things about Dark Matter. So I picked it up and was not disappointed. What was fun was that I went into this almost completely blind, so I had no idea what was coming. Now, this was published in 2016, so I guess I’m a bit late to the game here.

So this is more of a techno-thriller that follows a university professor named Jason Dressen, who is married to the love of his life Daniela and together they have a son named Charlie. One night, Jason is walking home from a bar after briefly joining a friend for a celebratory drink when a stranger wearing a mask and wielding a gun kidnaps him, though, for the life of him, Jason cannot even begin to fathom the reason why.

The man leads him to a warehouse where he then injects Jason with some sort of drug, causing him to pass out.

When he awakes, he’s in a lab, strapped to a gurney and a man – someone he’s never seen before — says to him, “Welcome Back.” Jason plays along and at the first opportunity, escapes. Soon he learns that in the world to which he’s awoken, he is not married nor ever has been.

He has no son nor ever has had one, and he is not a university professor but rather an award-winning atomic physicist. So the question is: which is actually his life? The one in which he finds himself now or the one he remembers?

He also learns pretty quickly that someone is hunting him down.

So what we have here then, is a gripping, action-filled mind-bending thriller that has Jason trying to make sense out what in the hell happened to him. I appreciated the fact that one didn’t need a Ph.D. in physics or mathematics to understand the concepts present in the story.

Though the author introduces some complex scientific theories such as quantum physics, string theory, and game theory, they are explained in terms that an average Joe like myself can easily comprehend.  It’s also quite thought-provoking as it invites some serious contemplation about reality, family, about, about who we are vs. who we want to be, about what matters most in our lives, the choices we make, and about the road not taken.

This novel asks some pretty deep philosophic questions that made me sit back and think about my own life and my own ideas about reality.

This is a super twisty and zigzaggy book as Jason digs himself in deeper and deeper. The short paragraphs — averaging two to three sentences each — really added to the feeling of ever-growing urgency and desperation that hung throughout the story.

This is one of those books where unexpected twists and chilling revelations lurk around every corner, but I dare not say too much more to avoid the risk of spoilers. I will say, however, that the surprises are expertly executed at just the right time and just when you think you may have figured out the rest of it, everything changes.  This is also a powerful and ingenious story in which the tension never lets up.

So that being said, I found Dark Matter to be a profound, exhilarating, and thought-provoking journey with a relatable heart-warming and multi-faceted protagonist. This book took my breath away. Wow, what a story! It’s a clever, mind-bending, whirlwind of a book that I absolutely loved.