You are here: Home / YA Fantasy/Urban Fantasy / Review of Body Swap by Sylvia McNicoll 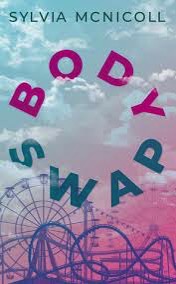 The story starts out with a fatal car accident when Susan, an 82-year-old woman, runs over 15-year-old Hallie with her Hurricane SUV. They both awake at some sort of otherworldly carnival where Hallie accuses the older woman of carelessly running her over. Susan claims her gas pedal stuck and that the accident wasn’t her fault. They manage to persuade “the powers that be” to give them another chance. They are both then sent back to earth to discover the true cause of the accident. The kicker is that they awake in each other’s bodies – 15-year-old Hallie is now in the body of an 82-year-old woman and Susan now has the youthful body of a 15-year-old.

I’ve always enjoyed the body switching trope in which each person views life from the perspective of the other. Movies such as Freaky Friday, Big and 18 Again come to mind. In this book, I enjoyed how the two main characters had to figure out how to live in each other’s bodies and deal with all the challenges that come with it. Up until now, Hallie was a self-obsessed phone-addicted teenager whose primary focus was attracting the attention of the boy she was crushing on. Susan, on the other hand, was dealing with her son who not only treated her as though she were a child but was also intent on placing her in a nursing home. They were two people who couldn’t have been more different.

It’s also worth mentioning that there is also a race against the clock theme — Hallie and Susan must work together to determine the real cause of the accident before time runs out. What I especially enjoyed, is how the two of them became devoted and fierce friends, each looking out for the other and evolved as characters. In this way, the story is a lesson in empathy and selflessness — and what’s it like to walk in someone else’s shoes. I think that putting a teen in a senior’s body is an excellent way of illustrating the challenges that older people face in today’s world and perhaps bring awareness to how senior citizens are treated in our society.

That being said, the character development in this story was phenomenal, as both women learn the importance of respecting and understanding others who are different than themselves. They also discover that there is plenty to learn from each other and both attain a new level of wisdom by walking in the other’s shoes.

Though there was a serious undertone to the story, there were also plenty of hilarious moments, like their interactions with their friends and families. There are plenty of laugh-out-loud mishaps and misadventures as they try to navigate life in their new body, which is of course, what makes body swap stories so much fun.

The only problem I had with the novel was that it wasn’t always easy to picture the correct character during the narrative. For example, Susan refers to Hallie as Susan, even though Hallie looks like Susan. Likewise, Susan’s friends and family refer to Hallie as Susan, and when they are in the presence of each other, Susan refers to Hallie as Susan and Hallie refers to Susan as Hallie. Confused? From time to time, I was too. Because of this, I feel that that body swap trope works much better on the screen than it does in a novel. Though I did get the hang of it as the story progressed, it was a tad confusing and disconcerting initially.

All in all, it was an enjoyable and meaningful read with interesting characters. To be honest, I was expecting more fluff, but there was a delightful substance to this story, and I adore being surprised. Not to mention, the ending is satisfying, and I loved the full-circle nature of the story.

I thought the author did an excellent job of telling the story from each character’s perspective and I really enjoyed the witty banter between Hallie and Susan. The dynamic between the main characters was believable and relevant. Body Swap ended up being a beautifully written, fascinating, insightful, and well-wrought book from two very different perspectives and is well worth the read.

A big thank you to EdelWeiss Plus for providing a review copy of this book in exchange for an honest review.